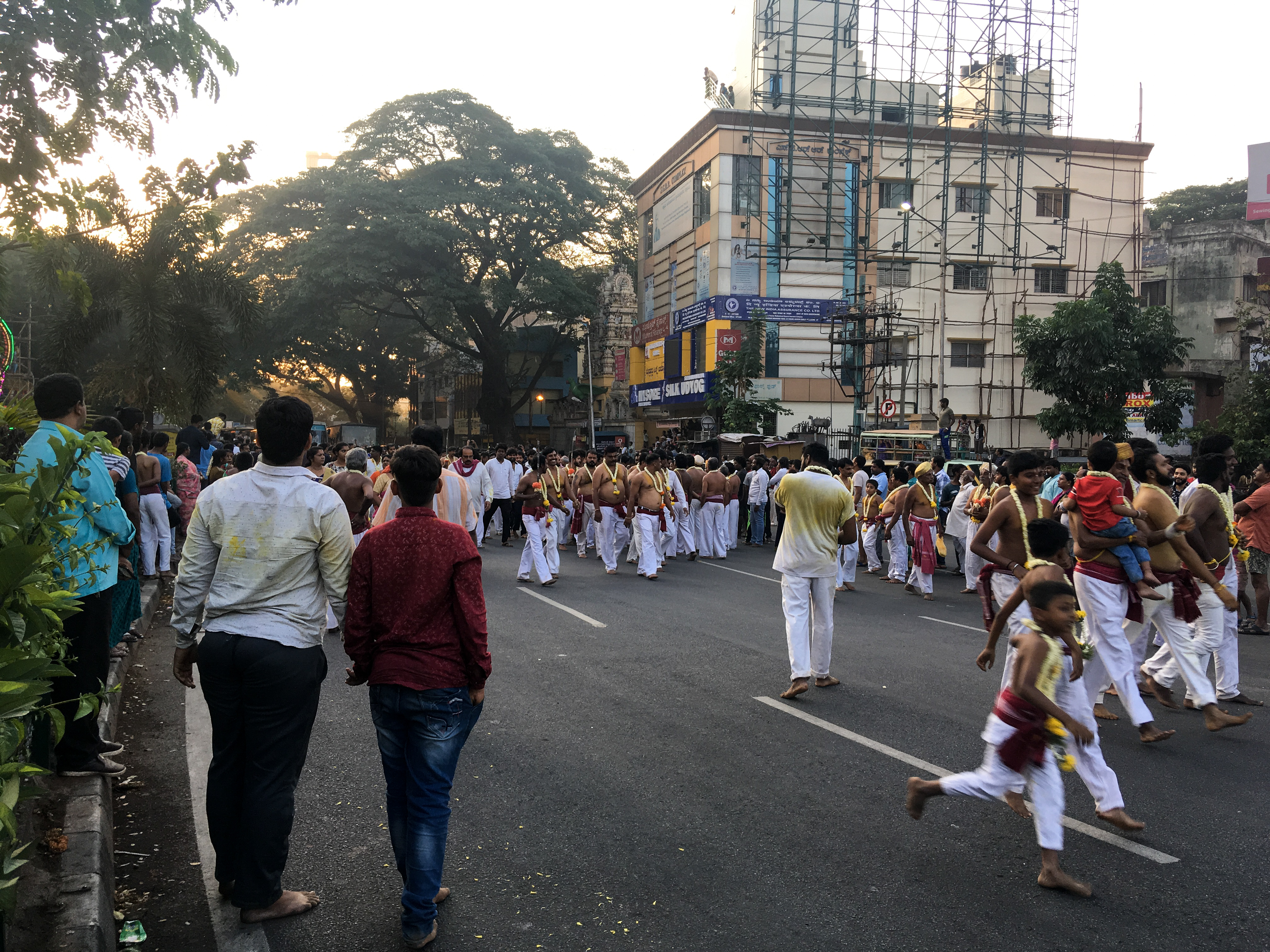 A Sacred Walk Through Time and Space: Photo Essay

Bengaluru Karaga is an annual 11-day long festival held in the oldest part of the city – the pete. It attracts thousands of devotees and visitors from neighbouring towns and villages.

This year, MOD Institute captured the processions carried out during Aarthi Dipa and Hase Karaga. The two events precede the final procession of Pete Karaga. The festivities begin around midnight and conclude at dawn.

The Bengaluru Karaga is associated with the Dharmaraya Swamy Temple in Thigalarapete. The temple and its surroundings are decked with lights and the space is brimming with an air of celebration.

Lit by dangling strings of colourful lights, the streets of the pete come alive at night.

The pete is a dense maze of streets varying in width and nature. These lanes are historically rooted to the Karaga festival and are a part of the community’s routine spaces. The procession flows through these narrow, angled lanes with ease and familiarity.

The procession route also includes main roads on which the traffic police must regulate the flow of traffic, the procession and devotees.

Meanwhile, street vendors cater to the crowd that waits in anticipation for the procession to begin.

After a brief delay, the procession kicks off. Colours, music and chants transform the air; the excitement is palpable. The procession spills out onto the main carriageway and carries along a unique spirit of devotion and commotion.

The procession of Aarti Dipa is the only day of the 11 -day festival, where women play a public role in the celebration.

Processions are often accompanied by performers. Fire-breathers occasionally pause the Aarti Dipa procession at nodal points of the pete.

As the festivities conclude, the day begins for the rest of the city. Hot tea is ladled into cups, a canteen raises its shutters for breakfast, the bustling city bus carries its people to work – the life of the street is once again, relegated to the footpath.

How I see the street