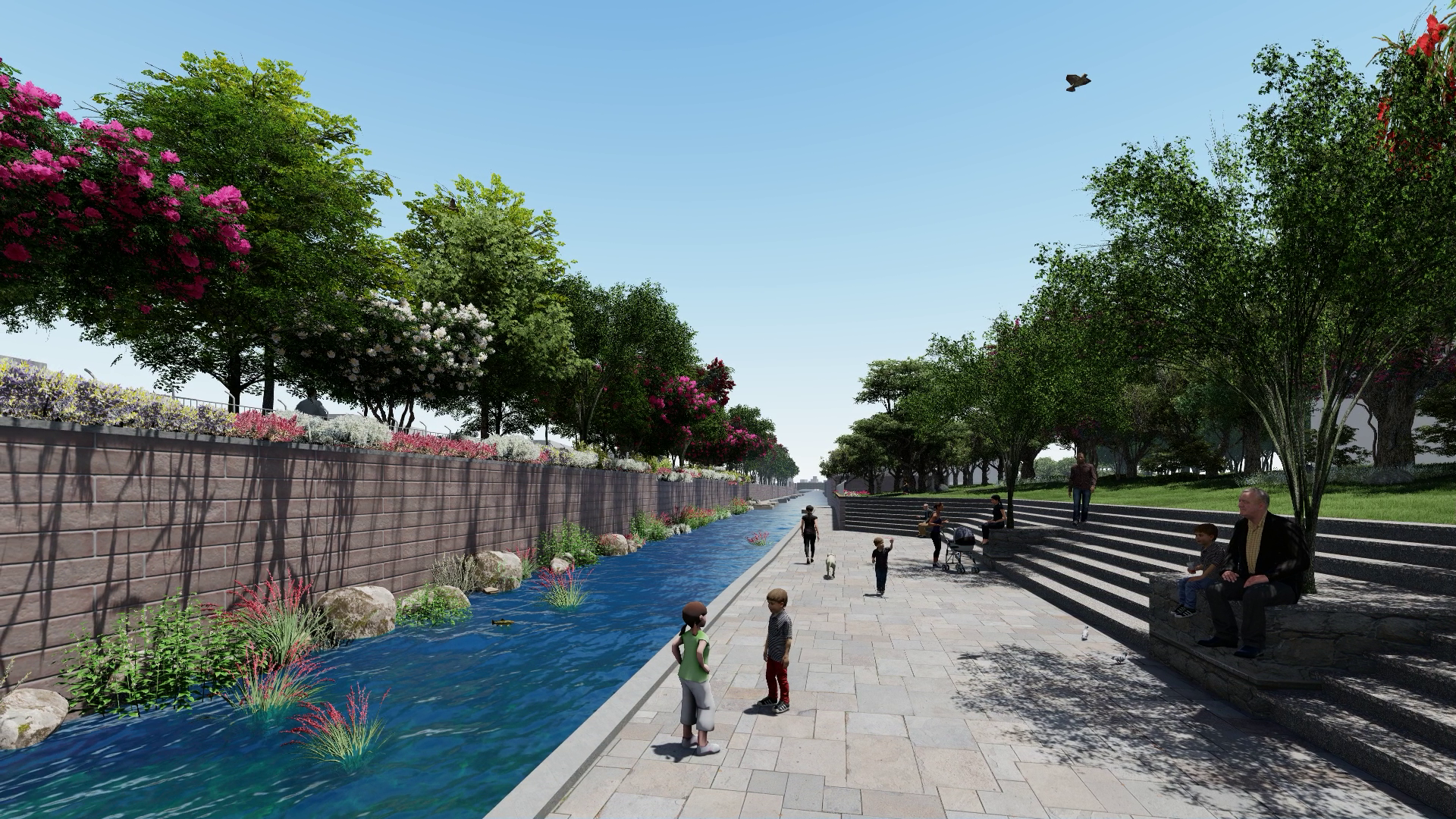 Concept plan for 32sq.km catchment for the K-100 Raja Kaluve

Bangalore has a historic waterway system that connects the lakes, providing a system in which the large amount of rainfall that the city gets is directed towards storage in the tanks and lakes. Emphasis on restoring only the lakes has ignored the feeders to the lakes themselves – the Raja Kaluves. Plagued by mismanagement, ignorance and apathy, these Grand Canals have been reduced to open sewers and garbage dumps. Additionally, mismanagement and lack of records have led to a large part of the wetland ecosystem to built up unscientifically, and lack of maintenance causing floods during the city’s monsoon.

As the city has grown, the marshlands connecting the lake, once used by the village residents for agriculture and as common wetland has got channelised and integrated into the dense city. The city residents are no longer dependent on this water system for their daily needs further enabling the Raja Kaluve to become neglected as a waterbody and a crucial part of the city’s ecosystem.

This project is conceptualised to restore these Raja Kaluves to their primary purpose as waterways for the city. By reframing the storm water drains from merely ‘ grey infrastructure’ into ‘public space’ the project aims to reconnect the citizens to their water heritage and ensure better management of the Kaluves with active citizen involvement. It also strives to provide more open public space for the health and wellbeing of citizens.

Key interventions proposed to address the systemic mismanagament of the kaluve

At present, the management and maintenance of the area of the Raja Kaluve now comes under several governmental and non-governmental bodies outlined below. In the design, detailing, implementation and maintenance of the pilot project, all stakeholders have been involved in order to achieve a holistic and sustainable project for the city of Bengaluru.