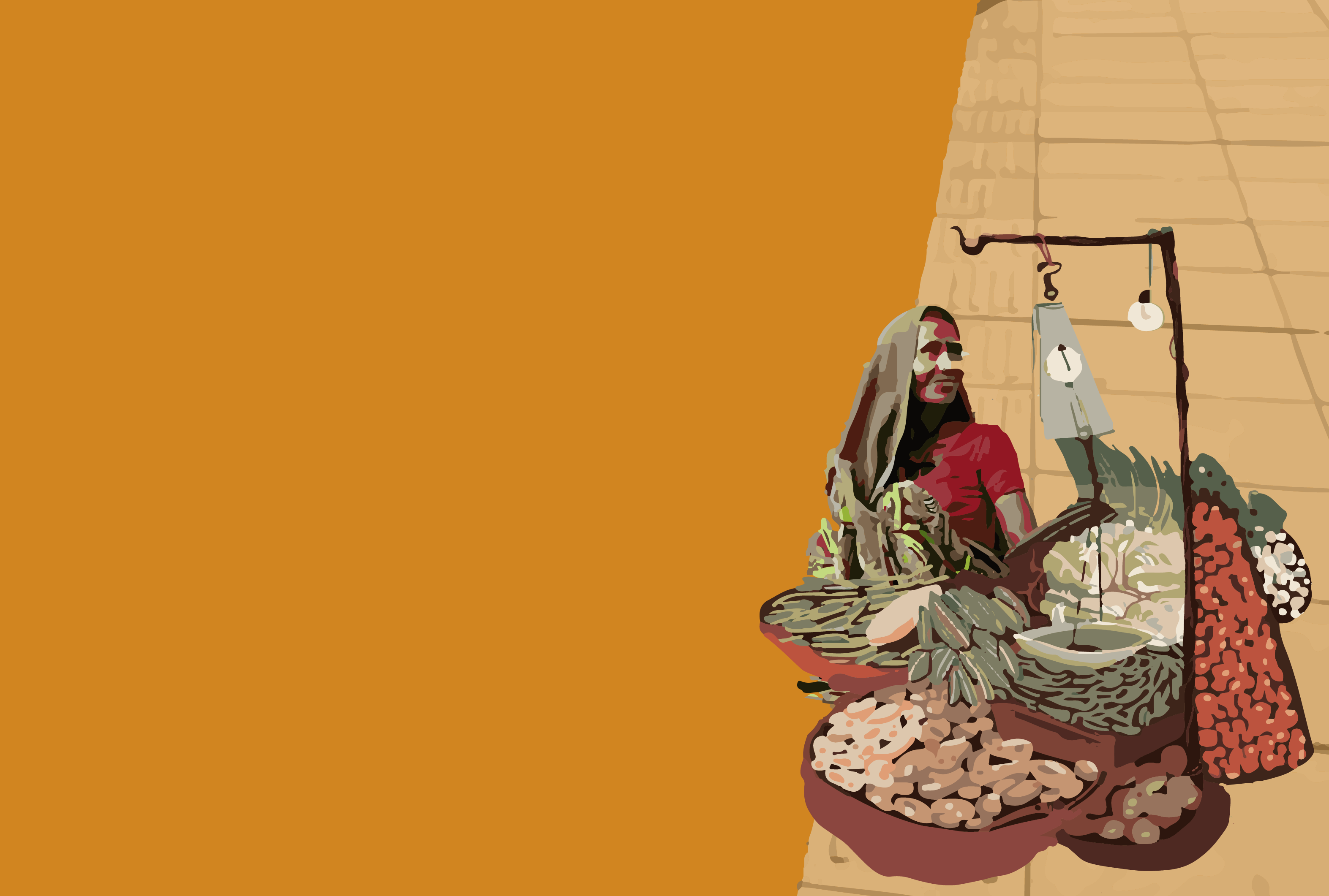 According to the National Sample Survey Office (NSSO, GoI), in 2009-10, 67% of all workers in the urban areas belonged to the informal economy and of these 92.5% were engaged in non-agricultural sectors. Further, 95% of all non-agricultural informal sector workers in urban areas were classified as self-employed in this survey.1 Street vending forms an important part of this subset of informal workers in cities.

Despite the urban informal economy consisting of a large number of street vendors, street vending as an occupation has had to work for several decades to acquire legal validation. The National Policy for Street Vendors was issued in 2004 and subsequently revised in 2009. However, with very poor initiative to implement the policies was shown by states and municipal corporations the need for a central law was felt by vendor organisations across the country. The need to protect, by law, the fundamental right of vendors to carry out their business was voiced by the Supreme court of India in October 2010. The National Association for Street Vendors of India (NASVI)2 spearheaded efforts in this direction.

After decades of efforts by organizations and policy drafting the Street Vendors (Protection of livelihood and regulation of street vending) Act3 was passed in 2014. The act successfully legitimized street vending as an occupation that could be carried out on pavements, sidewalks and other public spaces. This ensured the vendor’s livelihood and his right to the city.

Vendors have a long history of being stigmatized as illegal occupants of city; the first to be evicted and blamed for any urban congestion. The 2014 act, however, set the ground rules for the protection and promotion of street vending by chalking out a framework to regularize vending in the city and seeking their inclusion in the spatial and planning visions for the city.

Some Provisions of the Street Vendors Act

Informality in the legal city

This policy, for the first time, officially recognises the informal nature of the city, and proposes provisions for it. It makes it necessary for spatial planning exercises to be inclusive of street vendors and markets by addressing their space requirements, ensuring unobstructed movement and making way for planned civic amenities like waste disposal and electricity in spaces of informality.

Furthermore, it provides various opportunities for designing the informal city through the use of under-used spaces, incidental spaces like those under flyovers or the allocation of space through normal planning and zoning procedures like the allocation of vending space in housing schemes and in statutory/formal local plans and planning schemes.

With the street vendor’s act and other policy measures, street vending is now identified as a legitimate vocation needing protection and promotion, as opposed to being restricted and prevented. With the legal recognition that informality is receiving, how can state policies work better to understand the nature of the informal in Indian cities? With the continued poor implementation of the vendors act, it remains to be seen how the informal can truly be included in visions for the city and to what extent it can formalized.

The fragmentation of public space in Bengaluru