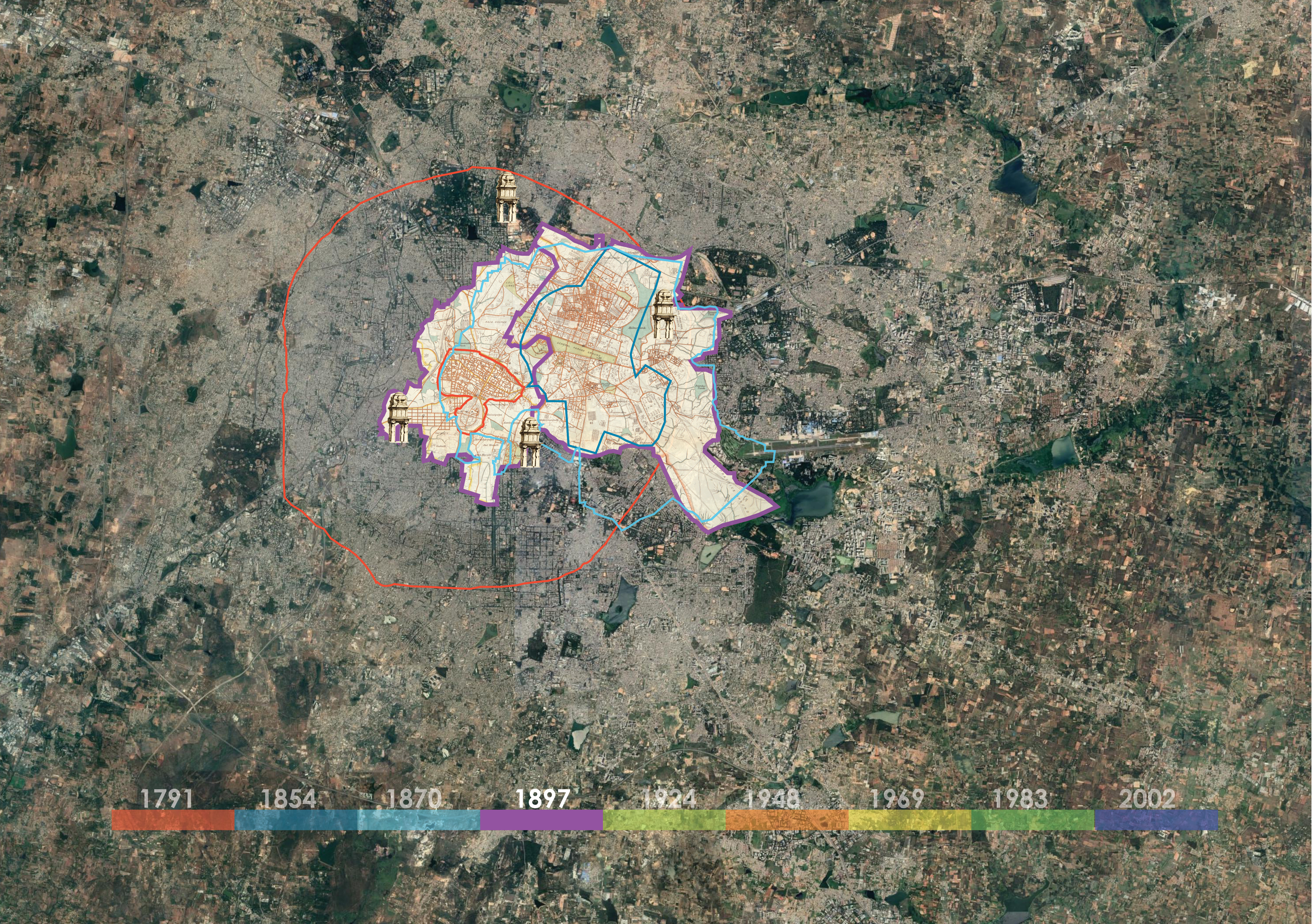 “I’ve always been fascinated by maps and cartography. A map tells you where you’ve been, where you are, and where you’re going – in a sense, it’s three tenses in one.”

The premise of this presentation is to explore the history of Bangalore through the many maps that have been made of it. From maps of the first Empires in the area, to the establishment of the city by Kempegowda, the maps made of the battle for Bangalore, the formation of the cantonment and the regular surveys done in the post independence era.

Together all these maps form a palimpsest of different people in power and the multiple imaginations that have formed the city of Bangalore.

The maps consulted in the making of these images are:

Prithvi : A map for the future